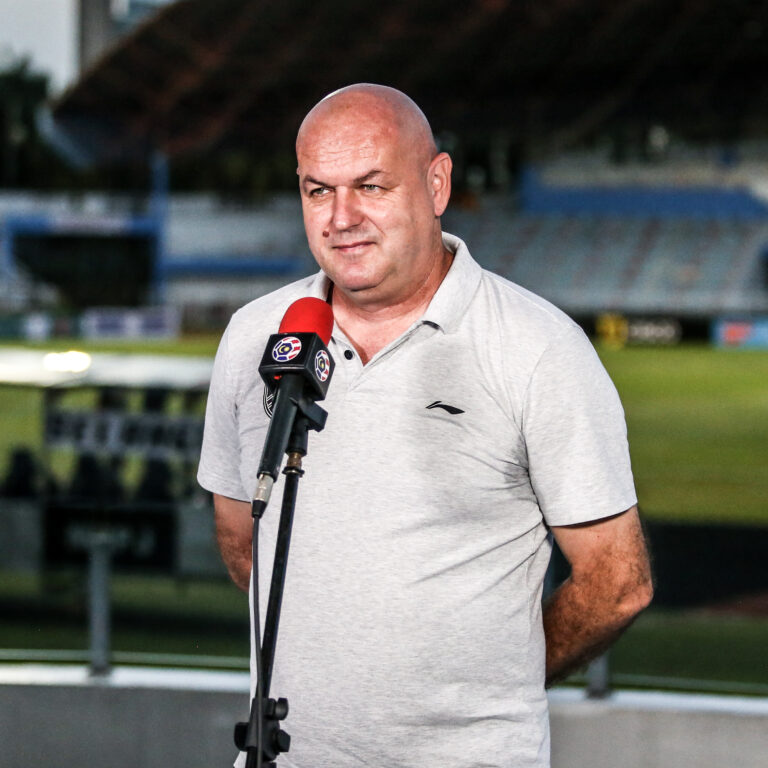 Head coach Bojan Hodak felt his side deserved more from the second round tie at the Petaling Jaya Stadium which was settled by Aliff Haiqal Lokman Hakim Lau’s 62nd-minute winner.

That came after Josue was forced to leave the pitch late in the first half when he was injured while taking a shot, with his absence proving a big hole to fill.

“Tactically, it was a tough match but they couldn’t surprise us with anything and we couldn’t surprise them much,” said Hodak, who lost for the first time in six meetings with Selangor since last season. “The difference was when Paulo went out because he is the most creative player in our team and the one making the final pass.

“It is a groin injury when he tried to shoot, there was a challenge when he was shielding the ball and the player hit his leg. We will see how serious it is.”

Hodak said that apart from the goal, Selangor had not created much with goalkeeper Kevin Mendoza not having a save to make.

“It was a 50-50 match, because of one mistake when my stopper didn’t make the challenge and our midfielders did not track their midfielders,” said Hodak. “Individual mistake, except for this they didn’t create anything.

“I said before the game it would be a tough match like all matches against Selangor for the last two years. I don’t think our goalkeeper had any saves to make. Except for the goal, I cannot remember any chances they had.

“We created a few but they scored a goal and that is why we play football, to score goals.”

Hodak was happy with Jordan Mintah’s performance in the striker’s first game for his new club after arriving on loan from Terengganu. Mintah had two chances, both times denied by Selangor goalkeeper Sam Somerville, including during added-time when Mintah’s attempt hit the goalkeeper’s hand on the line.

“Last few minutes we had chances with long balls and crosses but we were unlucky not to score,” said Hodak. “If you ask their keeper how he saved it, he wouldn’t know because the ball just hit him.

“I’m happy with how Jordan played. Once he gets an understanding with the others he can be a big help to us. But today,  unlucky.”

“Today was a typical cup match from the beginning until the first goal,” he said. “We were the attacking team and KL always defended. After the goal, they risked more. Not easy to defend against them with the long balls and Giancarlo (Gallifuoco) upfront.”